The Brotherhood of Remorse


The few still functioning factories on Dhul'hasa's scorched surface were put to work manufacturing large quantities of weaponry. Outriders were sent to inspect the ancient orbital defence platforms and ready them for war.

Within a matter of weeks, Azus had readied the planet for the imminent incursion, with predicted landing sites being surrounded with troops, traps laid around significant settlements, and the populace armed and trained in basics of combat. It was then that the fleet arrived. It was nothing like Azus had expected. The ships careened towards the planet's surface with little care for their own safety, descending too quickly for the orbital defence batteries to lock on to them.

Ignoring flat, empty areas, the ships crash-landed in a random pattern, belching smoke and crackling with flame. It quickly became clear that this had not been an invasion, but an escape. Azus sent a delegation to meet the first ship to land which he himself accompanied, albeit in secret. While the Dhul'hasans were prepared to negotiate with the refugee xenos, the aliens opened fire as soon as they caught sight of the delegation, slaughtering it to a man.

Azus watched from the shadows, and fell back to Kaobyrra. It seemed a war was to be fought after all. The clans were informed, and readied for battle. Warbands mounted on outdated, barely-serviceable jetbikes were sent to harass the xenos as they disembarked from their ships, striking so quickly that the attackers had barely any time to respond before the Dhul'hasans fled once again. Struggling to navigate the planet's monotonous and harsh terrain, the refugees' first attempts to make territorial gains were easily repelled.

Quickly, however, the xenos began to breach the first lines of defence Azus had put in place, making targeted pushes for nearby oil refineries. It became obvious that the objective of the invaders was to refuel and depart as quickly as possible, rather than to take the planet. While it may have been easier to simply stand back and give the xenos the resources they needed, Azus' rise to power had come via uncompromising strength and bitter justice, and in the act of invading Dhul'hasa, the xenos had slighted Azus personally.

This was something that they would come to regret. Using hit-and-run tactics, Azus' forces baited the xenos to collect in large numbers. At that point, chemical strikes were launched, decimating the invaders and damaging their morale. The reprieve for this was violent, with diversionary attacks being launched by the xenos into nearby settlements, while other forces desperately rushed to the refineries. The Dhul'hasan soldiers moved to defend the oil refineries, while incendiary bombing campaigns were launched against settlements in which the xenos attackers were most concentrated, with no concern for the lives of the unlucky human civilians.

The fighting became so bitter that the arrival of a second fleet in the system went completely unnoticed by the Dhul'hasans. Fleeing desperately from their newly arrived pursuers, the xenos launched a final push to break free of the Dhul'hasans and escape. The clans mustered to retaliate as quickly as they could. Azus himself took to the battlefield, sensing that his men's morale needed to be boosted. Seeing an opportunity to destroy the aliens outright, the Dhul'hasans fought with every weapon in their arsenal, no matter how unpleasant, cutting down xenos by the thousands.

Although they fought back with terrified determination, the invaders were finally defeated in the ensuing pitched battle. The relief of Dhul'hasa's liberation was palpable.

So when Azus saw across the sea of xenos corpses an amassed fleet of Imperial craft descending through the planet's atmosphere, it came as a surprise. In the ensuing meeting, Azus was introduced to the leader of the xenos' pursuers, a human commander belonging to the Imperial Army. His name was Hector Krum, an elderly, battle-hardened Terran who had been chasing the xenos fleet after having been ambushed in deep space.

The enemy had finally been forced to make planetfall on Dhul'hasa after their ships suffered colossal damage in a void engagement.

Instantly recognising the visionary despot of Dhul'hasa as a famed Primarch, Krum offered Azus a place amongst the Imperial Great Crusade. Azus was initially hostile to submitting to a mere human, and as such the Emperor Himself arrived in secret in order to get the measure of his newfound son.

After the Emperor revealed his identity, Azus quickly accepted the offer to join the Crusade, both seeing it as an opportunity to take the people of Dhul'hasa to the stars once again and fearing the wrath of the Imperium of Man should he refuse. Soon after Azus' discovery, he was transported along with the few men he counted among inner circle to the relatively nearby world of Choler, above which orbited a vast network of stations and docks, at which a combined force of the 83 rd , th and th Expeditionary Fleets all belonging to the ' Sightless Fourteenth ' had recently arrived to refuel and rearm.

At first, the reunion was not entirely amicable, with Lawrenz being thrown by the dark, unforgiving personality of his Primarch. Azus, on his part, was determined to make this new legion his own, and had little regard for Lawrenz, whom he was suspicious of due to his potential to act as a barrier to Azus' ultimate authority, something which he had become accustomed to during his rule of Dhul'hasa. However, over time the relationship between the two men grew less tense, in part due to Azus recognising an aspect of himself in the cunning, slightly amoral Terran veteran.

Additionally, the two saw eye-to-eye around the issues of the legion's division, with Lawrenz' method of allowing the Fourteenth to maintain their tribal divisions and splitting the legion among multiple near-autonomous fleets appealing to Azus. Previously, Azus had served as the orchestrator of only significant action and reform on Dhul'hasa, preferring to command from behind the scenes in other areas with his trusted lieutenants able to act in important governing positions, submitting to Azus' authority where necessary. Thus, the most recent system of the Dune Serpents' organisation evolved, allowing the legion to operate in multiple small semi-autonomous fleets that would be under the overall command of Azus.

Eventually, the Terran Sightless Fourteenth transitioned to become the ' Dune Serpents ' or Alrrabeshr , a name adopted by Azus as a nod to the fabled king of the Afaehamra snakes native to his homeworld's deserts, which play a fundamental role in Dhul'hasan culture and medicine. The legion's colour scheme was also altered, transitioning from a pure white to dirty yellow and violet, once again colours appearing in Dhul'hasa's tradition as those worn to denote a Badisin, or tribal leader.

These, despite Azus and Lawrenz's eventual amicable relationship, would not be the last of the changes made to the Serpents to cement Azus' power. Fundamental changes to the legion's tactics were also introduced upon Azus' discovery; namely, the increased emphasis on stealth and infiltration, rather than sole reliance on speed which had defined the early Sightless Fourteenth's campaigns. However, the Fourteenth's emphasis on mobility was not lost upon Azus' discovery, and in fact was incorporated by Azus more heavily into his legion's tactics, especially given the proficiency of the Terran legionnaires in hit-and-run engagements.

Due to the multitude of semi-autonomous Dune Serpent fleets often containing either almost all Terran or Dhul'hasan legionnaires, a number of different variants of tactics emerged, meaning that, apart from at points when the legion was united either as a whole or as part of a Hashd , the early Dune Serpents often operated using a number of slightly different approaches to tactics.

This system of division of the Legion into various Hashd meant that, as the Great Crusade progressed, each Hashd developed their own divergences in culture.

The emphasis within the Legion placed on independence, therefore, led to it in essence being comprised of autonomous groups comprised of autonomous groups, a trend that could be seen from the Hashd to a single battle company. For as the Day of Revelation approached, the Fourteenth were divided, and upon the advent of Insurrection would be caught by surprise, without a way to coordinate and unsure of where their loyalties truly lay.


No translations available. Lyrics for Brotherhood of Brutality by Radical Redemption feat. Report a problem. 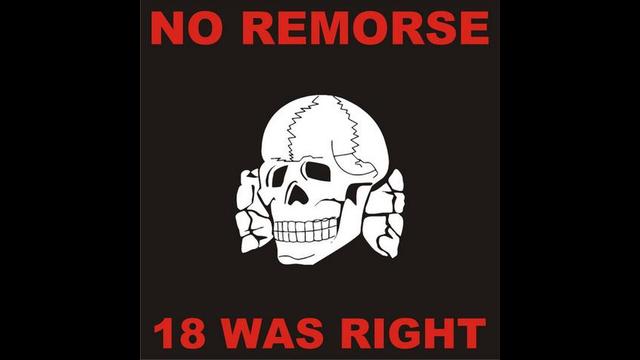